“New York Vibes” is a House Music Show which has existed for 5 years, broadcast on different radio stations and on Facebook Live.

A huge thank you for the LoVe & SuPPort

I wish you enjoy my shows, your support is a huge reward for my work. I will always try to offer you the best in House Music.

Become my AmAzing Patreon and support my work !!!

Early access to my Radio Shows, Exclusive DJ sets, more than 300 Dj Sets from my back catalog, you will receive promos from my past and future productions & remixes. All this available for download ! 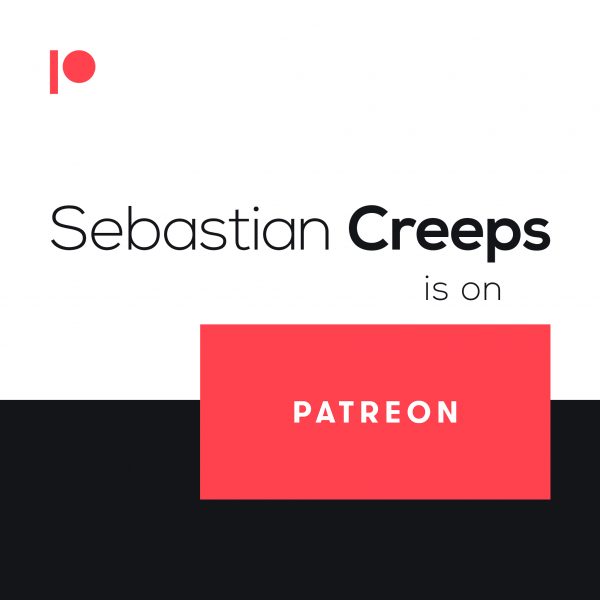 Do you just want to buy me a drink ?

Support me by Paypal

I will offer you even more awesome Shows !!!

Or just send me LoVe ?

Another way to support me ?

By subscribing to my channel you will hear exclusive shows, listen Shows offline, access upfront tracklists and support the artists and rights holders whose music I play. 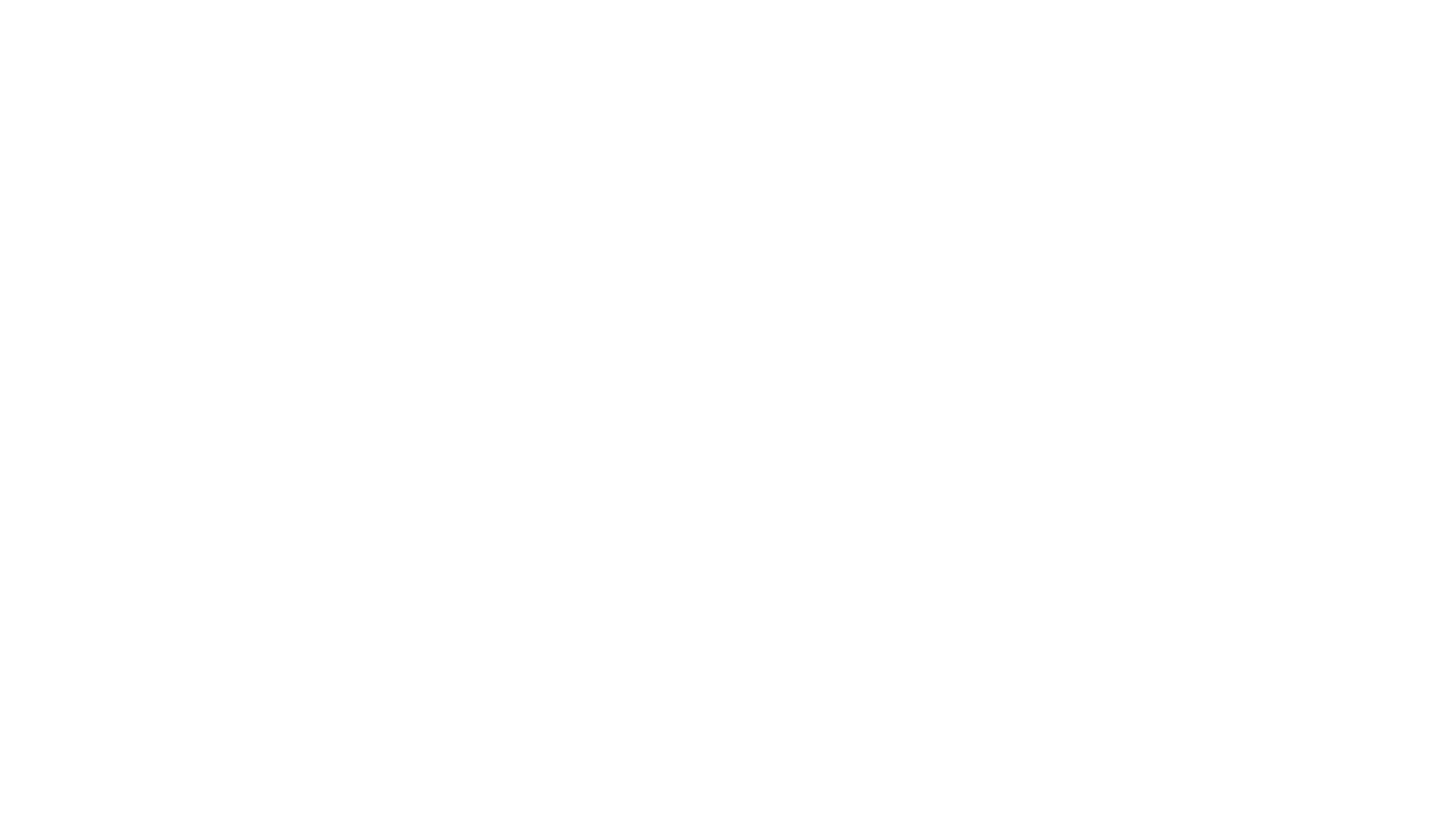 Book ME For your event or private Party

Originally from Nice (France), it was in 1980 that Sebastian Creeps discovered Deejaying while listening to the Kiss FM Radio Show by Tony Humpries and Larry Petterson.

Influenced by Larry Levan, dj of the legendary Paradise Garage in New York, he has been passionate about Disco and House Music since their origins.

In 2021 Sebastian Creeps remixed « This is Chicago House », a track composed by Vince Lawrence, producer with the origins of House Music in Chicago and interpreted by Chuck Roberts who is none other than the very icon of the House genre with his essential « In the beginning there was Jack », the timeless anthem of House Music.

Sebastian Creeps comes strong in 2022 with “Can You Feel It”, a driving vocal and mighty piano track that will blaze the dance floor instantly. Sax player SebioJazz lays down the horn solo that is fire and the combination together sets this record apart from the others, a funky classic production style.

Beyond his personal productions oriented House Music, his musical curiosity leads him to work on projects in a Pop and Synthwave style in which we find both his Soul / Funk / Disco & Jazz influences as well as those more Rock of musicians with which he collaborates for a subtle blend of Culture …
In this sense he is currently working on a 10-track album in pairs for Warner Chappell Production Music.

Sebastian Creeps plays House Music in the most prestigious clubs of the French Riviera, Monte-Carlo and internationally, he is the resident of the “Before” in Monaco – Monte Carlo, a must-see spot for nightlife in Monaco.

He broadcasts his sets live (New York Vibes) via social media in the American House community as well as a weekly Radio Show on Myhouseradio FM (New York), he is regularly scheduled on New York City House Radio (New York), Radio Monaco (France) and FM and Webradios around the world.

Sebastian Creeps is known for his refined mixing technique and uncompromising musical selection.

Love, Peace & Share is its motto, House Music is its strength.

Send me a message

Sign your way and send me your LoVe here !

Great ! you did it ! Thank you

My name’s Eric and I just found your site newyorkvibes.space.
It’s got a lot going for it, but here’s an idea to make it even MORE effective.
Talk With Web Visitor – CLICK HERE https://boostleadgeneration.com for a live demo now.
Talk With Web Visitor is a software widget that’s works on your site, ready to capture any visitor’s Name, Email address and Phone Number. It signals you the moment they let you know they’re interested – so that you can talk to that lead while they’re literally looking over your site.
And once you’ve captured their phone number, with our new SMS Text With Lead feature, you can automatically start a text (SMS) conversation… and if they don’t take you up on your offer then, you can follow up with text messages for new offers, content links, even just “how you doing?” notes to build a relationship.
CLICK HERE https://boostleadgeneration.com to discover what Talk With Web Visitor can do for your business.
The difference between contacting someone within 5 minutes versus a half-hour means you could be converting up to 100X more leads today!
Eric
PS: Studies show that 70% of a site’s visitors disappear and are gone forever after just a moment. Don’t keep losing them.
Talk With Web Visitor offers a FREE 14 days trial – and it even includes International Long Distance Calling.
You have customers waiting to talk with you right now… don’t keep them waiting.
CLICK HERE https://boostleadgeneration.com to try Talk With Web Visitor now.
If you’d like to unsubscribe click here http://boostleadgeneration.com/unsubscribe.aspx?d=newyorkvibes.space

Do wonder what the future will be like?
Here are my thoughts: https://i-love-tech-and-programing.blogspot.com/2022/12/i-wonder-what-future-will-be-like.html
From
Bernardo Palos

Wait!
Before you go to bed tonight, eat 1/2 teaspoon of THIS (before 10pm) and boost your metabolism by over 728%!
Here it is: https://75f6dcxzjihxbw1z22uox20n52.hop.clickbank.net
==> 1/2 Teaspoon Boosts Metabolism By 728% (Slow Metabolism Loophole)
Skeptical?
I was too, but then I saw the shocking proof for myself.
Within weeks folks have dropped an average of 25.3 lbs, waists have shrunk by 7.2 inches.
See their incredible results for yourself.
https://75f6dcxzjihxbw1z22uox20n52.hop.clickbank.net
To your amazing health,
Alva Seidel

Wait!
Before you go to bed tonight, eat 1/2 teaspoon of THIS (before 10pm) and boost your metabolism by over 728%!
Here it is: https://3e2b8-z3wkevey1d13tnzafr1x.hop.clickbank.net
==> 1/2 Teaspoon Boosts Metabolism By 728% (Slow Metabolism Loophole)
Skeptical?
I was too, but then I saw the shocking proof for myself.
Within weeks folks have dropped an average of 25.3 lbs, waists have shrunk by 7.2 inches.
See their incredible results for yourself.
https://3e2b8-z3wkevey1d13tnzafr1x.hop.clickbank.net
To your amazing health,
Mauricio Kleiber

Hey there, I just found your site, quick question…
My name’s Eric, I found newyorkvibes.space after doing a quick search – you showed up near the top of the rankings, so whatever you’re doing for SEO, looks like it’s working well.
So here’s my question – what happens AFTER someone lands on your site? Anything?
Research tells us at least 70% of the people who find your site, after a quick once-over, they disappear… forever.
That means that all the work and effort you put into getting them to show up, goes down the tubes.
Why would you want all that good work – and the great site you’ve built – go to waste?
Because the odds are they’ll just skip over calling or even grabbing their phone, leaving you high and dry.
But here’s a thought… what if you could make it super-simple for someone to raise their hand, say, “okay, let’s talk” without requiring them to even pull their cell phone from their pocket?

You can – thanks to revolutionary new software that can literally make that first call happen NOW.
Talk With Web Visitor is a software widget that sits on your site, ready and waiting to capture any visitor’s Name, Email address and Phone Number. It lets you know IMMEDIATELY – so that you can talk to that lead while they’re still there at your site.

You know, strike when the iron’s hot!
CLICK HERE http://boostleadgeneration.com to try out a Live Demo with Talk With Web Visitor now to see exactly how it works.
When targeting leads, you HAVE to act fast – the difference between contacting someone within 5 minutes versus 30 minutes later is huge – like 100 times better!
That’s why you should check out our new SMS Text With Lead feature as well… once you’ve captured the phone number of the website visitor, you can automatically kick off a text message (SMS) conversation with them.

Imagine how powerful this could be – even if they don’t take you up on your offer immediately, you can stay in touch with them using text messages to make new offers, provide links to great content, and build your credibility.
Just this alone could be a game changer to make your website even more effective.
Strike when the iron’s hot!
CLICK HERE http://boostleadgeneration.com to learn more about everything Talk With Web Visitor can do for your business – you’ll be amazed.
Thanks and keep up the great work!
Eric
PS: Talk With Web Visitor offers a FREE 14 days trial – you could be converting up to 100x more leads immediately!
It even includes International Long Distance Calling.
Stop wasting money chasing eyeballs that don’t turn into paying customers.
CLICK HERE http://boostleadgeneration.com to try Talk With Web Visitor now.
If you’d like to unsubscribe click here http://boostleadgeneration.com/unsubscribe.aspx?d=newyorkvibes.space